View all our used cars

Get an insurance quote 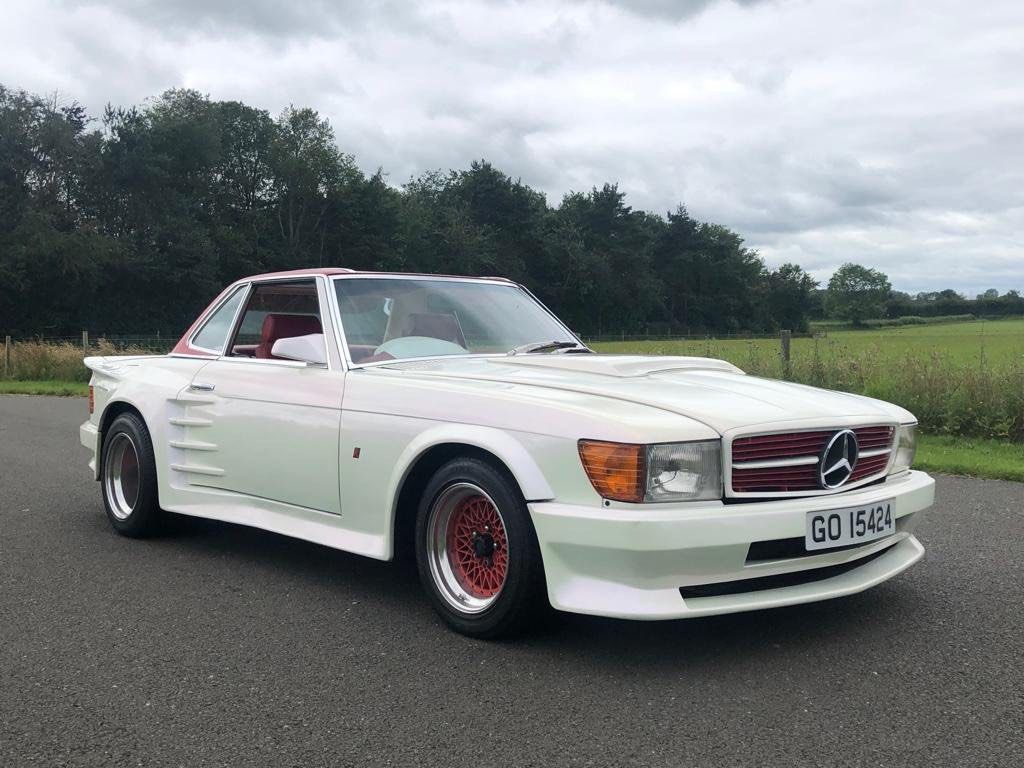 1978 Mercedes 450 SL by Koenig. Wide Body Conversion. Pearlescent White with Red leather Recaro sports upholstery, a red hard top and grey soft top. Koenig Specials GmbH (known widely as Koenig) is a German tuning house based in Munich that specialised in modifications to European luxury cars but gained notability in the 1980s and 1990s for their performance modifications to Ferraris. Some of its most notable works included a twin-turbo Ferrari Testarossa (known as the Koenig Competition) that produced 1,000 bhp, a highly unusual output for cars at the time, as well as the 850 bhp Ferrari F50. Koenig also entered into automobile production with its road-going version of the Porsche 962 known as the Koenig C62, therefore becoming the first road-legal Group C-based car. Many of its cars have been featured in non-German mainstream publications such as Road & Track, Top Gear and Sports Car International. Car magazine described its Competition Evolution as “the most famous modified supercar of the 1980s”. This SL has been part of a private collection and seen very little use over the last eight years. As with most of the Koenig-Specials body modifications it features the typical Ferrari Testarossa inspired air slits (which don’t really let any air through though) and extremely wide rear end. This wide rear asked for big 15” BBS rims with tires sized 345/35. These were the widest available in those days. The car performed very well when we took it for photographs and the four exhaust pipes give a lovely V8 growl. A real head turner that will get admiration wherever it goes.This stunning Koenig conversion is a true Icon of the 1980’s. Offered with a fresh MoT and with various bills and receipts this is perhaps the ultimate incarnation of the R107 SL. Absolutely any inspection is welcome. Delivery can be arranged , Next MOT due 17/11/2017, Red Full leather interior, Pearlescent, >>FINANCE AVAILABLE * AA DEALER PROMISE * POLITE & FRIENDLY SERVICE * 7 DAY VIEWING BY APPOINTMENT <, £39,990 p/x considered

Thank you for contacting us!

We will aim to get back to you as soon as possible.

There was a problem sending your email.
There may be a technical issue.

View all our used vehicles
Write a review

Based on 527 customer reviews

Thank you for contacting us!

We will aim to get back to you as soon as possible.

There was a problem sending your email.
There may be a technical issue.